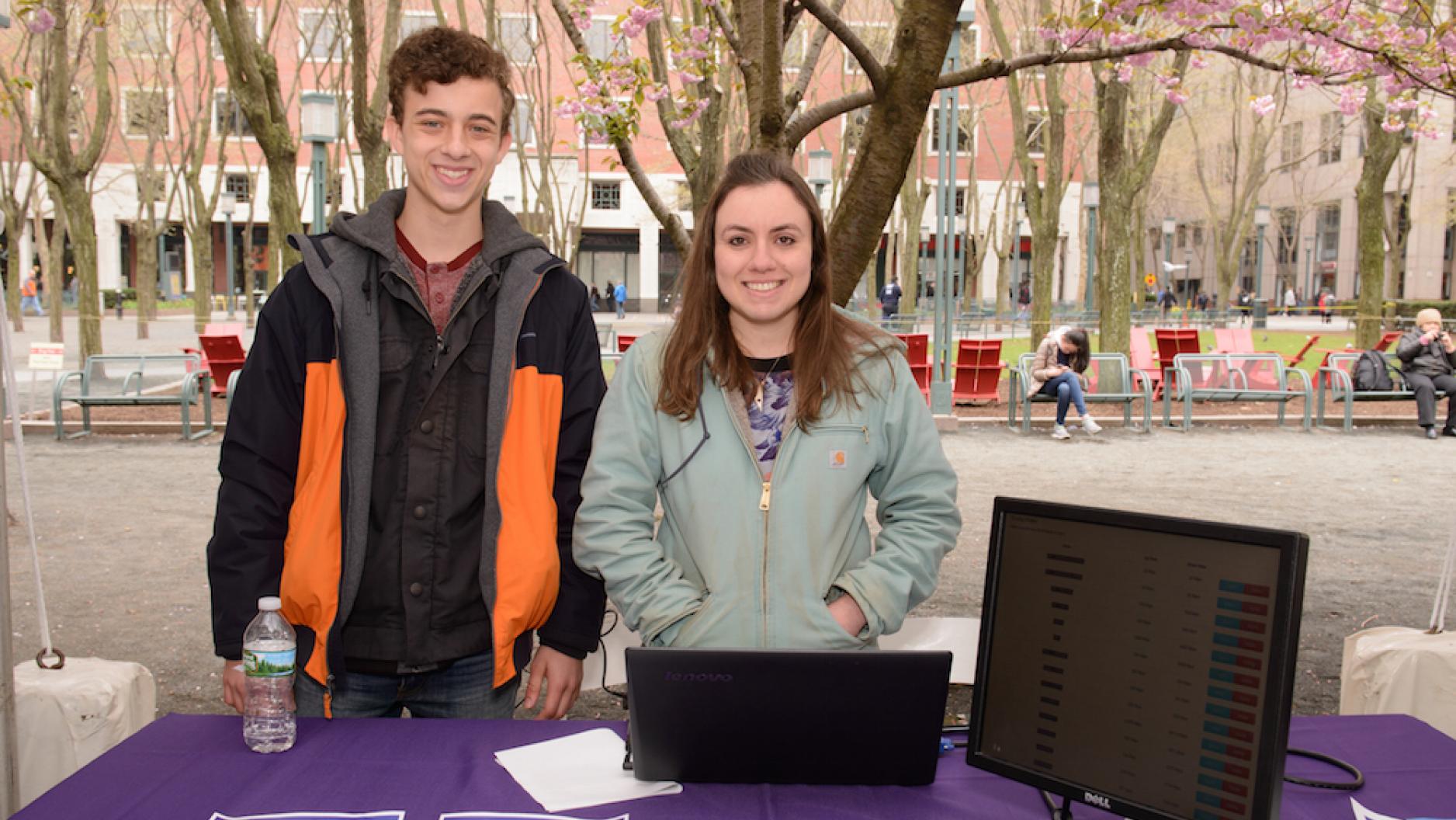 Since its inception in 2013, the Applied Research Innovations in Science and Engineering (ARISE) program at the NYU Tandon School of Engineering has been nurturing NYC’s best young STEM talent. The full-time, seven-week program offers college-level workshops and seminars for New York high school students, as well as high-level research experience in participating NYU faculty labs and mentoring by a graduate or postdoctoral student.

Budding researcher and Stuyvesant High School student Caleb Smith-Salzbergrecently joined a research team headed by Professor Shivendra Panwar that centers on innovations in wireless technologies. Never did he imagine that his first research paper would be accepted for publication and presentation at the 2017 IEEE INFOCOM, a top-ranked conference on networking sponsored by the Institute of Electrical and Electronics Engineers.

Smith-Salzberg is the first-listed author of the paper, an honor that would be unusual even for an undergraduate student. In “Bridging the digital divide between research and home networks,” he and his co-authors describe efforts to make it easier for researchers to improve the performance of networked applications and services on real-world networks. Their tool, which makes test networks more representative of typical home broadband connections, debuted at IEEE INFOCOM’s International Workshop on Computer and Networking Experimental Research Using Testbeds (CNERT) on May 1, 2017 in Atlanta, Georgia. Smith-Salzberg and his ARISE mentor Fraida Fund, a doctoral candidate in the Department of Electrical and Computer Engineering, also exhibited their work at NYU Tandon’s Research Expo in April.

Smith-Salzberg worked extensively last summer with Fund, who gives him due credit for his contributions. “He did most of the work developing the tool described in the paper over the summer, when he was working with us full-time,” Fund said. “Then, we worked on the paper draft together over the first half of this academic year. Every week, he came to Tandon once a week  after school, and we worked on the text together.”

Smith-Salzberg found his experience in the ARISE program gratifying and encourages anyone lucky enough to take part in the program to make the most of it. “I was treated by everyone at the lab as an equal member of the team,” he said. “I presented at the weekly meetings, and in my last week I presented to a larger group, which included Professor Panwar. This experience at a real workplace environment is very special, and there are not many programs that offer such an opportunity.”