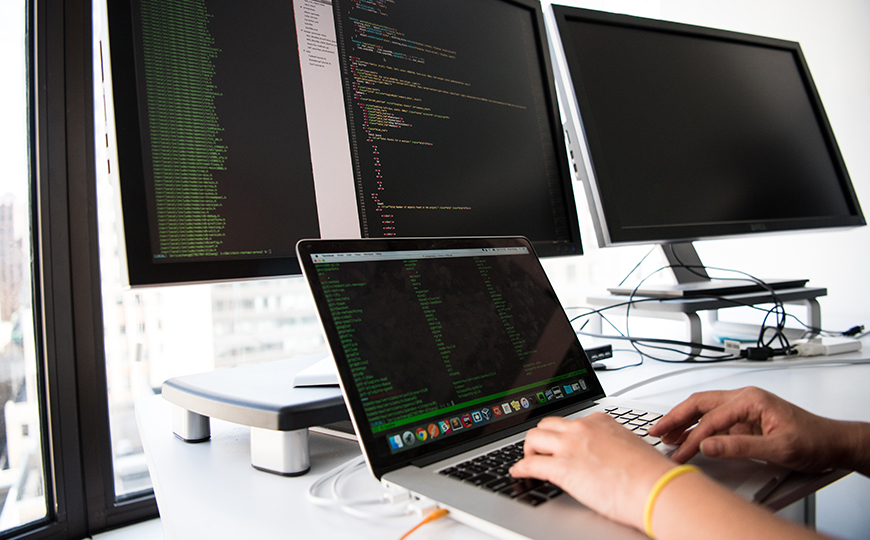 In 1983, NYSTAR designated The Center for Advanced Technology in Telecommunications (CATT) at New York University as one of the first Centers for Advanced Technology (CAT) in the state.  The CAT program was created to encourage greater collaboration between universities and private industry to support basic and applied research, technology transfer and, ultimately, economic development.

Over the past 38 years, CATT and its affiliates have been at the forefront of some key advances in wireless networks, cybersecurity, media/network applications and other areas of information technology and electronics.  This has included working with household names such as AT&T and Verizon to map out the future of communications, helping small-to-midsized companies with specific technological challenges and providing the type of environment in which entrepreneurial professors and their students can create businesses like BotFactory Inc., a Long Island City-based company that adapted 3D printing technology to the rapid fabrication of printed circuit boards.

Through its research, consulting, education, and technology transfer efforts, CATT helped create 222 new jobs in New York State between 2016 and 2019 and had a non-job economic impact to the state of over $219 million.

Shivendra Panwar, Director of CATT and a Professor in the Electrical and Computer Engineering Department at NYU Tandon School of Engineering, said the best way to understand CATT’s role is to imagine a pyramid.  At the bottom is the vast infrastructure provided by NYU.  Above that is basic research, typically funded by federal agencies such as the National Science Foundation or the Department of Defense.

“As you get closer to the top is where CATT operates,” he said.  “We translate some of this basic research from our professors and other sources and start applying it to the needs of individual companies, making that bridge.  So, there is a continuum of work that we do from the classroom to basic research to more applied research and, finally, individual projects for companies.”

Panwar said CATT typically works with 20 to 30 companies, most based in New York State, at any given time.  Most often the company approaches the Center, but in some cases, CATT is proactive in approaching the company.  CATT then plays matchmaker, connecting the company with faculty and graduate students at NYU, with partner Columbia University, or even with another school in the state that can take on the company’s project.

“The project itself could be a consulting agreement, the development of software, or a study,” he offered as examples.

CATT also provides companies with NYSTAR-supported matching grants to help offset the cost of a project, which can range from tens of thousands of dollars to over $100,000.

Client companies can be of any size, from small to mid-sized businesses “right up to the AT&Ts and Verizons,” Panwar said.

He said the smaller companies typically require help with a particular technology or capability.  He gave the example of an upstate company that made cameras used in dental imaging and needed help making the transition from chemical to digital processing. An NYU professor stepped in, and while it was a relatively small project for CATT, it was huge for the company, increasing its revenue by millions of dollars.

The larger companies are more likely to take advantage of basic research, “because they are interested in what is going to happen five years from now, 10 years from now and they are already investing in that,” Panwar said. “They have very large labs of their own, but sometimes they are missing something or looking for fresh ideas, so they come to us.  They are also interested in hiring our students.”

And then there are the startups.

It is the entrepreneurial spirit of CATT that drew Michael Knox into its fold.  Knox, a graduate of NYU, worked in private industry for 30 years before returning to NYU to teach classes and work with students.

“Before I came full time to NYU, I was doing startups, so I already had the bug and knew I wanted to continue doing that,” he said. “In an environment like CATT offers, students and faculty come up with great ideas, start companies and then spin them out. Just working in that environment, you are always thinking of creative things and trying to find the right team of students to do things.”

One of the first group of students with which he worked, about eight years ago, was the team behind BotFactory.  The question the team set out to answer was whether 3D printing, which at the time was centered on plastic, could be used in building electronics.  The answer was yes.

George Kyriakou, Chief Operating Officer of BotFactory, explained that the traditional process of creating electronic circuit boards can be long and expensive.  An electrical engineer designs a prototype, which is sent out for manufacturing, typically to China.  This can take weeks, as most manufacturing facilities are geared to high volume and prototyping is a small part of their business. Once the bare boards arrive, they must be assembled.  If the designer does not have a specialized technician in-house, it must outsource the work, which can be rather costly.  The completed board is then tested, and most of the time there are bugs.  The engineer starts again. This process may be repeated several times before a final, bugless circuit board is produced.

“The machines BotFactory creates allow the electrical engineers to create their circuit boards from design to actual working board in two-to-three hours,” Kyriakou said. “The idea is that they can design the board, test it, see their mistakes, correct them, assemble again, test again and so on.  They can reach the final product much faster.  And of course, they do that in-house and it is a lot less expensive.”

The company, which employs 12 people, now is on the third iteration of its product, which is called Squink.  The company’s goal is to eventually make Squink available to businesses of all sizes and “make hardware as accessible as software,” but at the moment its clients are mostly big names, including Amazon, Apple, Massachusetts Institute of Technology and Nike.  The U.S. Air Force is interested in the possibilities the technology presents, including 3D printing from materials never thought possible, and recently awarded BotFactory a $750,000 Small Business Innovation Research (SBIR grant).

Knox was both an advisor to, and a co-founder of, BotFactory.

“It was mostly because of my experience in the electronics business and printed circuit boards that I was able to add a lot of value giving them advice early on,” he said. “I’ve also done a lot of patents and there was a lot of patent work that had to be done early.”

Kyriakou agreed that what is special about CATT “is the environment you are in—an environment where entrepreneurship is not a strange word; where you have people who have been there, done that.  They embrace this kind of thinking and to be able to bounce some ideas around, to get some advice—having people to tell you what you need to do from a legal, strategic, structural, technical or team building perspective—is very helpful. For example, how do you divide the responsibilities?  It sounds simple and you may think this information is widely available but having a person that you feel close to, and you are in the same space at the same time, to be able to discuss those things, is extremely important.  It is what pushes you forward.  It is motivating, if nothing else.”

Panwar said that the value of having faculty perform research and work with student entrepreneurs goes beyond the benefits to the individual businesses.

“The lessons [a professor] learns from working with companies, doing research, all of that flows into the classroom,” he said.  “You can’t replicate the experience the professor has working with real life issues and companies, pursuing research, knowing what is going to happen next and bringing that to the classroom.  So, the students are much better prepared.  They are taught what they need to know to work in companies.  They are taught what might happen in five years.”