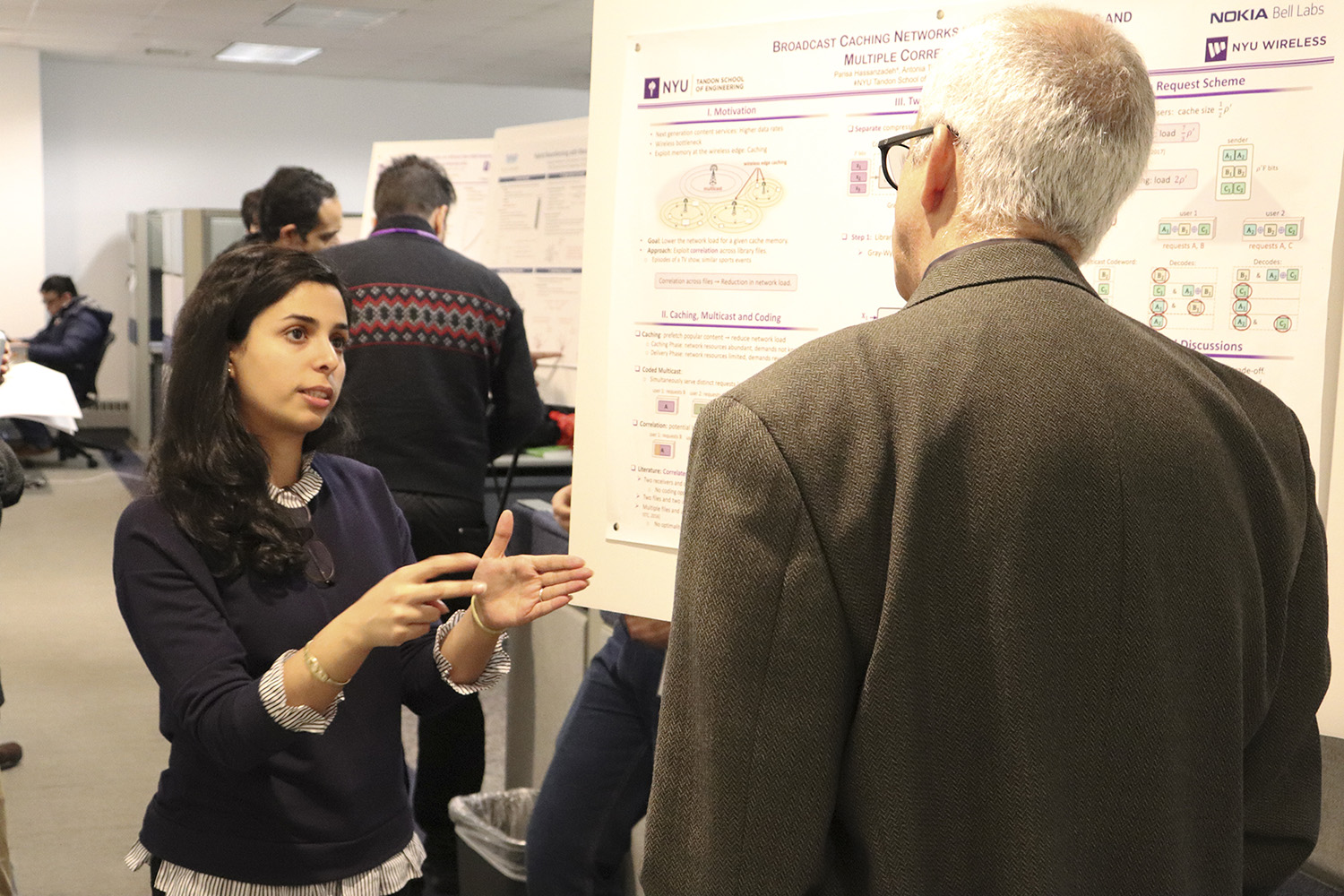 Abstract: We introduce a new algorithm for Maximum Likelihood (ML) decoding based on guessing noise. The algorithm is based on the principle that the receiver rank orders noise sequences from most likely to least likely. Subtracting noise from the received signal in that order, the first instance that results in an element of the code-book is the ML decoding. For common additive noise channels, we establish that the algorithm is capacity achieving for uniformly selected code-books, providing an intuitive alternate approach to the channel coding theorem. When the code-book rate is less than capacity, we identify exact asymptotic error exponents as the block-length becomes large. We illustrate the practical usefulness of our approach in terms of speeding up decoding for existing codes.

About the Speaker: Muriel Medard is the Cecil H. Green Professor in the Electrical Engineering and Computer Science (EECS) Department at MIT and leads the Network Coding and Reliable Communications Group at the Research Laboratory for Electronics at MIT. She has co-founded three companies to commercialize network coding, CodeOn, Steinwurf and Chocolate Cloud. She has served as editor for many publications of the Institute of Electrical and Electronics Engineers (IEEE), of which she was elected Fellow, and she has served as Editor in Chief of the IEEE Journal on Selected Areas in Communications. She was President of the IEEE Information Theory Society in 2012, and served on its board of governors for eleven years. She has served as technical program committee co-chair of many of the major conferences in information theory, communications and networking. She received the 2009 IEEE Communication Society and Information Theory Society Joint Paper Award, the 2009 William R. Bennett Prize in the Field of Communications Networking, the 2002 IEEE Leon K. Kirchmayer Prize Paper Award, the 2018 ACM SIGCOMM Test of Time Paper Award and several conference paper awards. She was co-winner of the MIT 2004 Harold E. Edgerton Faculty Achievement Award, received the 2013 EECS Graduate Student Association Mentor Award and served as Housemaster for seven years. In 2007 she was named a Gilbreth Lecturer by the U.S. National Academy of Engineering. She received the 2016 IEEE Vehicular Technology James Evans Avant Garde Award, the 2017 Aaron Wyner Distinguished Service Award from the IEEE Information Theory Society and the 2017 IEEE Communications Society Edwin Howard Armstrong Achievement Award.